Blockchain, the underlying technology for cryptocurrencies, has a trilemma, in which it cannot satisfy the three elements of decentralization, security, and scalability at the same time. It is regarded as impossible to realize a blockchain that guarantees a high level of security and provides fast transaction approvals on a distributed system with a large number of participating nodes.

This research theme aims to explore methodologies to overcome the block chain trilemma from a cross-informatics perspective. Specifically, we aim to (1) mathematically analyze the chain bifurcation phenomenon known as fork, that causes weak security, (2) apply advanced data structures that compress the amount of information and enable high-speed computation to block and chain topology structures, and (3) develop P2P networking technology providing high-speed broadcast of blocks. By effectively integrating these elemental technologies, we further develop a highly versatile and ultra-scalable blockchain technology.

To achieve high scalability in public blockchains, it is necessary to reduce the processing time of consensus algorithms such as mining of Bitcoin. Reducing the consensus processing time causes fork, in which new different blocks are simultaneously approved due to the network delay and the blockchain splits to two chains. It is well known that frequent forking makes the blockchain vulnerable and increases the risk of malicious users connecting unauthorized blocks to the chain. Here, we analyze the forking phenomenon using stochastic models and discrete event simulations in order to analyze the trade-off among the transaction-generation process, block confirmation protocols, and security-vulnerability indicators such as the success probability of block tampering by malicious users, gaining knowledge for the development of tamper-proof consensus algorithms.

The Bitcoin and Ethereum blockchains are transaction-ledger databases composed of serially connected blocks. The advantages of serial connections include block-by-block order guarantees and easy verification of block integrity. Since only one block can be connected to the blockchain in space and time, the transaction-confirmation and block-inclusion processes must be carefully performed, requiring long-term consensus algorithm such as PoW. Here, we investigate block generation and chain connection methods based on advanced data structures that can reduce the block-confirmation time while also decreasing the number of forks. 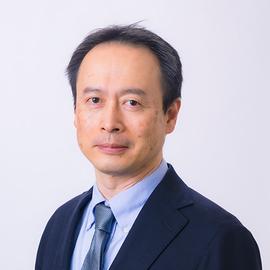